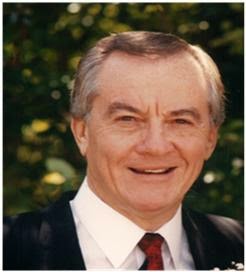 "Baptist churches had altar calls, tent revivals, all-night prayer services, testimonial meetings and open-air crusades. … We were taught that real discipleship was teaching and training new converts to go reach another lost soul. ... Back then if you were not a soul-winner, you were out of place. Today, if you are a soul-winner, you are out of place. Souls being saved was not only on the agenda, it was the agenda." -Evangelist Freddie Gage, speaking of the glory days of evangelism; BP.

The evangelist was born in a charity ward in a Houston hospital and reared by his grandparents in one of the city’s ghettos. By the age of 16, he was a gang leader.

When challenged to attend a revival service at Melrose Baptist Church, Gage was convicted of his sin by the Holy Spirit through the preaching of Evangelist Dan Vestal, Sr. Gage then decided to give his life to his Lord Jesus Christ. Gage’s wife also received Jesus as her Savior at the same service. Not only did Gage find faith that night, he also felt called to preach the Gospel. At age 19, he committed himself to a life of evangelism.

My dad, Joe Brumbelow, knew Freddie in the early years of his ministry in the Houston area. Brother Joe was one of the first pastors to have Freddie Gage preach for him in Revival at Doverside Baptist Church in Houston, TX. While not always agreeing at all points, they were lifelong friends. Freddie Gage, Joe Brumbelow, Larry Taylor, Dan Vestal, and so many others were a part of those glory days of evangelism mentioned above.

Last April, 2014 I visited Southwestern Baptist Theological Seminary in Fort Worth, TX. I noticed a display in chapel dedicated to Evangelist Freddie Gage. Few seminaries have the commitment to revivals and evangelism as Paige Patterson and SWBTS.

You can honor Freddie Gage’s memory by having an evangelist in revival at your church, and by telling someone about Jesus.

More articles in lower right margin.
Posted by David R. Brumbelow at 7:21 AM No comments: Links to this post

The International Mission Board of the Southern Baptist Convention has just elected a new Calvinist president, David Platt. Some may think it unusual to have a mission president who does not believe Jesus Christ died for the sins of all humanity.

For those unaware, a 5-Point Calvinist does not believe Jesus died for the world, only for the elect. This view is often called Limited Atonement, or Particular Atonement. Therefore, if Jesus did not die for you, you have no chance to ever be saved and go to Heaven. You never had, and never will have a chance to be saved.

Southern Baptists have always had Calvinist and non-Calvinist (aka Moderate Calvinists, Traditionalists) as a part of their convention. The majority, however of Southern Baptists for over 100 years have believed Jesus died for all, and as the Holy Spirit convicts, all have the free choice of accepting or rejecting Jesus as Savior. In contrast, many Calvinists do not believe in that free choice, or free will, of man concerning salvation.

Dr. Rick Patrick, of Connect 316, has pointed out the following new SBC executive positions in the SBC all lean heavily in the Calvinist direction.

Baptist Press has not said much about David Platt’s Calvinism. I’m awaiting a reply from questions I’ve sent directly to the IMB concerning this.

The following from the more moderate / liberal ABP has this to say about David Platt:

“He has been active in Together for the Gospel, a biennial preaching conference for followers of the so-called ‘New Calvinism’ — popularized by leaders including John Piper of Desiring God Ministries and Southern Baptist Theological Seminary President Albert Mohler — that emphasizes God’s sovereignty in deciding who is saved.”
http://abpnews.com/ministry/organizations/item/29141-david-platt-elected-imb-president

From all indications, David Platt is a very capable preacher, husband, father. He is a strong supporter of missions. He has many strengths. But some are wondering when the calvinization of the Southern Baptist Convention is going to end. Must all our agency leaders be Calvinists? Some non-Calvinists (Traditionalists, Moderate Calvinists) are feeling alienated in their convention. I’m convinced things will balance out, but I’m not sure when. Just thought you should know.
*******

Note & Update:
I am now reading articles implying Dr. Platt does not believe in Limited Atonement.

My evidence for the above, however, includes

The ABP story referred to above.

Christianity Today has referred to him as a Reformed Baptist (aka Calvinist).

Several Calvinists themselves have said that Platt believes in Limited Atonement.

At a 2012 Together for the Gospel (a Calvinist organization) conference, Platt preached on Particular Atonement (another name for Limited Atonement). Among his points were, “The atonement of Christ is graciously, globally, and gloriously particular.” He used the same Scripture in the same way as other Calvinists who believe in Limited Atonement.

I have seen some, not all, Calvinists twist words, be deceptive, and say most anything, to get a job as pastor or other office. Both Paige Patterson and Al Mohler have pointed out this problem. We need to be open, clear, transparent about what we believe. If asked about Limited Atonement, I would have no problem clearly explaining what I believe. Our leaders should have no problem answering it either.

An answer like Dr. Jason Allen gave (I struggle with Limited Atonement) is not sufficient. Let’s be clear about it.

If Platt used to, but no longer believes in Limited Atonement, then let us know that.

I have not yet received a reply to questions related to this issue that I sent to the IMB.

As Southern Baptist Texan Editor Gary Ledbetter said, “There are some constituencies that have concerns about the comments and theological statements Dr. Platt has made as a popular speaker and writer - nothing unorthodox but pretty Calvinistic at times.”

There are 5-point Calvinists I greatly admire. But in this day when Calvinism is on the rise in the SBC, especially among our SBC agencies, we need to be open and specific about what we believe.

Posted by David R. Brumbelow at 8:31 AM 3 comments: Links to this post